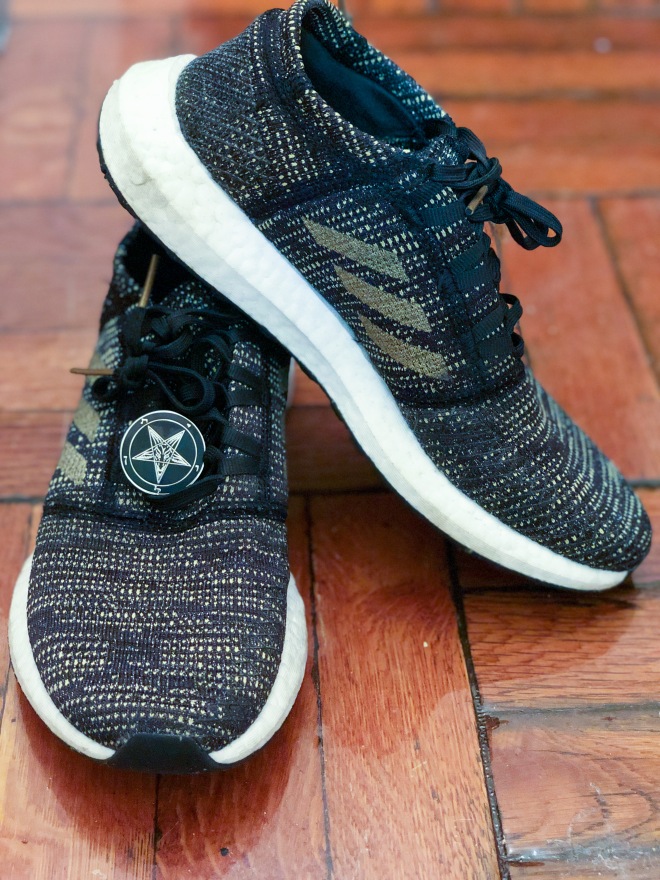 Wellness Wednesday – Why I don’t work out for fitness

Welcome back for wellness Wednesday. This week I’m sharing two things – a story and some science. Story first.

Until about 5 years ago, I was actually proud to say ‘I don’t work out.’

I have asthma, and have had it my whole life, so I never played sports as a kid. Instead, I played and wrote music, made jewelry and collages, and was generally artsy. I never worried about it, and never had a desire to change until recently.

A couple years ago, I was drinking, smoking, eating tons of horrible food, overweight, and living an Eric Cartman-style “bitch, I do what I want” kind of life. It was fun for a while, but things came crashing down in 2018. In addition to being diagnosed with alopecia and losing all my hair, I fell out of an Uber in the snow (I have blamed the icy conditions, but to be honest, I was super drunk). After a few months of pain, a doctor sent me to 8 weeks of physical therapy to get my knee back in good shape.

I was able to work it into my schedule pretty easily. I went diligently and enjoyed the sessions; little did I know that it would be like a mini workout every time I went. I hated it at first, but I had an awesome therapist who helped me come around to it all. When PT ended, I thought I would be relieved that time to go to happy hour was freed up (at that time I was somehow going to happy hour almost every night). But instead, weirdly, I found that I missed the physical activity. Even though it wasn’t aerobic exercise, something about it made more than just my knee unexpectedly feel better.

Since I had already carved the time into my schedule for 2 PT sessions per week, I thought it would be a good opportunity to keep the momentum going and take that time and do another type of workout. I had no formal experience with working out at the gym (although I do have a background in yoga), and googling workouts was so annoying and time consuming, it wasn’t right for me. I was having trouble motivating myself to work hard. I could easily tell myself ‘no, I’m not going to run (OK, walk) faster, because my legs hurt.’ So I knew I needed something different.

All over the internet, people I knew were talking about Orangetheory. I had seen a really diverse group of people I knew that were taking classes and loving them – from friends my age to friends in their sixties, everyone was doing it. And I’m not really a bandwagoner, but the idea real-time heart rate monitoring hooked me in. So I signed up for my free intro class, and on June 7th, 2018, I took it.

Well, fuck. As I expected, it kicked my ass.

I had never worked out like that in my life. The only group fitness classes I’d ever done were yoga (doesn’t really count), and one SoulCycle class that I was forced to take when I was interviewing for a job there, and I hated it. But wow, the group fitness experience was powerful and I can’t even believe I just wrote those words, but it’s true. Other things that really worked for me were that the classes were different every day and never repeated (I get bored very easily), and the coaches actually paid attention and motivated us to push beyond where we thought our limits were. I started going more and more often, and was up to 4-5 times per week within a few months.

In December of that year, I travelled to Palm Springs for a wedding. Before we even got on the plane, I had scoped out the closest Orangetheory and signed up to take a few classes.

But California, man, it’s something. So perfect and beautiful, with legal weed, sunshine, and cool, nice people. We had a great time on that trip! Needless to say, I never made it to the classes I signed up for. I decided instead to take my vacation as just that, a vacation, and forgo working out. I felt good about my decision – I used the extra time to sleep, smoke some Cali buds, hang out in Palm Springs, and spend time with our friends who were getting married. We had a really awesome time.

But as vacations go, ours came to an end, and we flew back to the east coast. If you’ve never had the joy of experiencing December on the east coast, it is fucking miserable – cold and humid at the same time, dreary, and dark. Going from sunny Palm Springs back to the cold, bleak east coast was a big shell shock. For a couple weeks after we got back, I was depressed and lethargic. It was awful but also really surprising to me, since I’d been going to therapy and working hard on mitigating my symptoms.

When I went to see my therapist and tell her all about my trip and how shitty I’d felt since returning, she pointed out the fact that I skipped working out for over a week. But excuse me, I was on vacation, surely the relaxation, and good times did me well enough that I didn’t need to work out?

I assumed that taking time to relax and enjoy the trip was enough self care to keep me in a positive mindset. But I realize now, that’s the same things as saying “I’ve been taking this medication for a while, and I feel better, so I’m going to stop taking it.” When thinking about that from a healthy mindset, it clearly makes no sense.

Yes, I had a great and relaxing trip, but it was the working out that was keeping me mentally healthy.

So obviously exercise is really good for the body. You know this if you work out, and the Mayo Clinic confirms that exercise helps with everything from weight control and boosting energy to combating chronic health conditions.

Numerous studies have shown that regular physical activity and exercise have a positive impact on your mental health as well. Depending on the type of exercise you’re doing, benefits could range anywhere from just fucking having fun to boosting your confidence and increasing your social interaction. This large scale study of over a million Americans showed that individuals who exercised experienced 43.2% fewer days of poor mental health than the control group. It also showed that all exercise types had a positive impact on the participants’ mental health, and that more exercise was not always better.

This is important to note, because as bio-individual creatures, the same type of exercise is not going to work well for all of us. Some of us will never run a mile, and some of us will never take a yoga class. None of it matters. Even if your exercise for the day is walking to the mailbox, you will still feel healthier afterwards than if you sat down idly for the same amount of time.

Why does exercise improve mental health? This article states that one reason could be that exercise increases blood circulation to the brain, which can improve its reactivity to stress. The part of the brain that is influenced by increased circulation interacts with the limbic system (responsible for motivation and mood), the amygdala (the fight-or-flight initiator), and the hippocampus (responsible for memory formation and contributes to mood and motivation), so the positive impacts are essentially shared among these systems.

Other reasons are less scientific. People benefit from increased social interaction, and mental health issues can be very isolating. By participating in a group class, or going on a run with some friends, reaping the benefits of exercise and social interaction. (The study I referenced earlier shows that participants who took part in team sports had among the highest reported decrease in poor mental health days.)

Exercise also increases confidence – when you lift the heaviest weight you’ve ever lifted, or swam farther or faster than ever before, you’re bound to get a boost to your confidence. In the long run, these little boosts can add up to have a big impact on your overall wellbeing.

In the end, isn’t it all about feeling good? For me, that’s always the goal, so I haven’t stopped working out since I realized what a positive impact it had on my health. Becoming more fit is like a nice side effect, but I don’t put too much pressure on myself to run faster or lift heavier or achieve certain results for my already perfect body. I approach each workout with the intention of meeting myself right where I am. Some days I don’t have as much energy, while other days I’m ready to LIFT. Sometimes doing the same thing I do 5 times per week just feels a lot harder, for whatever reason, it happens. The key is to remind yourself that all these days are good days, as long as you show up for yourself and your health.

“...the Satanist celebrates his own birthday as the most important holiday of the year.” • happy birthday to me! 🥳 celebrating my amazing self with a glass of @healthade #kombucha and watching all the weird movies I want • fancy monogrammed glassware from @dcgoodwill
after a month of packing and moving 2,697 miles, I finally have a functioning kitchen again 🤗 excited to get back into this space and bring you all the satanic vegan content you’ve been dreaming about (from quarantine, of course) • stay tuned on this page, within a few weeks I will also be bringing you all FREE health coaching consultations with me ☺️ and a lot more goodness. talk to you all soon 😽🖤🤘🏽
me and all my books (and my husband and cats and all our other shit) are moving from the east coast to CA! #satanicsunday will be on hiatus for a little bit while we pack up our lives and head west. stay tuned in my stories I’ll drop some gems there 😽 • disclaimer - we don’t actually pack books like this 😬
have any of you heathens tried these elixirs from @foursigmatic? this green one tastes almost chocolatey and looks convincing enough to replace my morning black coffee 🍄🖤
hope you heathens celebrated l🖤ve in some way this week • sharing ‘My Dark, Satanic Love’ by Magistra Peggy Nadramia in honor of v-day. tap that link in my bio! 🖤😽
finally had a successful visit to the Dupont Circle farmer’s market. not too many children and I only had to yell at someone to not touch me once 🤷🏽‍♀️ grabbed some delicious #kombucha from @hexferments and some organic veg from @newmorningfarm 🖤 • #satanicsunday drops later today, see you then heathens 😽
%d bloggers like this: